Association of Swiss Schools in Brazil 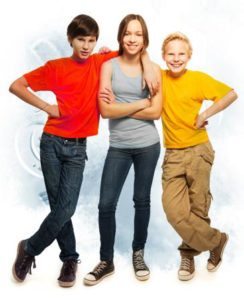 Study in Switzerland without leaving Brazil

The Swiss School São Paulo and the Swiss School Curitiba offer an international, bilingual education, which provides, besides a solid cultural education, the necessary foundations for the professional future, both in Brazil and abroad. The courses are run from Kindergarten to High School according to the Brazilian calendar.

The teaching is bilingual, in Portuguese and German, and the curriculum also includes English and French. In addition to the Certificate of Completion of High School and several diplomas and certificates in languages, students can obtain the International Baccalaureate Diploma (IB) which gives access to numerous international universities.

Focus on academic excellence as well as differentiated and highly developed social and personal skills.

What do we offer?

We form citizens who

• are responsible;
• have a solid background;
• know how to communicate their ideas;
• have qualities such as: organization, flexibility, commitment and tolerance;
• engage actively in sociocultural life;
• respect the rights and freedom of people and the environment;
• know their physical, cognitive and emotional characteristics, and are able to resist frustration and analyze the consequences of their actions.

How do we work?

The Swiss Schools of Curitiba and São Paulo have been committed to the teaching and learning tradition in the sense of Heinrich Pestalozzi since their beginning.  Learning and teaching with head, heart and hands – so the famous Swiss pedagogue Heinrich Pestalozzi suggested, at the beginning of the nineteenth century, that teaching and learning should not only be meaningful in the sense of intellectual education, but that the moral education of the promotion of values, and physical education in the sense of "hands on" are essential for a holistic development of personality.